We have worked with Ineos to design, deliver and report on their stakeholder engagement as they examine the feasibility of Shale Gas Exploration in a number of different areas of the UK. Our work supporting the project team started in August 2015 when we provided Public and Stakeholder Engagement training. As well as providing interactive training we set-up an exhibition dry-run (with members of the public) where we provided coaching to the team as they dealt with difficult situations and individuals.

Since 2016 Facilitating Change has been working to support Ineos in their Public and Stakeholder Engagement in three regions of England; East Midlands, Cleveland and Cheshire. We have been working with Ineos to provide engagement with different stakeholder groups. It is anticipated that this will be a long-term relationship throughout the life cycle of the project from exploration to production.

The first public events in each of the regions were meetings specifically for Parish Councillors. The events were typically attended by 50-70 participants. Facilitating Change organised all the logistics for the three events and designed the events with Ineos to ensure they provided the best possible environment for discussion and debate. Each event was recorded and Facilitating Change organised the transcription of each of the sessions into a meaningful report on the proceedings. We also ensured that each of the people participating had an opportunity share their views with Ineos.

A key element to this work has been to understand the views of local people. This Summer we organised Ineos to have a present at two public events; the Royal Cheshire Show and the Malton Show (North Yorkshire). Both events were deemed to be a success with approximately 150 people visiting the stand each day. As well as answering questions about Ineos’ work those attending were also asked their views on the proposals.

Facilitating Change are now helping Ineos design the programme of engagement as the development programme contiues. This will include different types of events in each of the three regions. This will be in the form of follow-up Parish Council meetings, Public Exhibitions and other targeted stakeholder events. 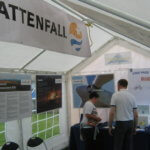 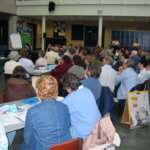